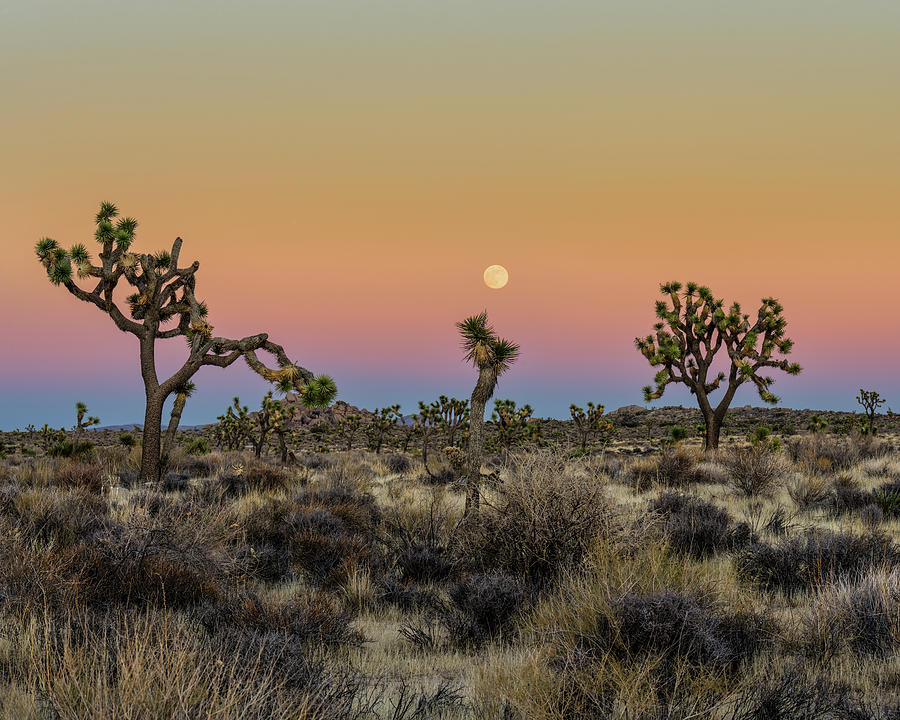 What an amazing combination! - Joshua Trees, Sunset, Moonrise and Earth's Shadow. On a recent trip to Joshua Tree National Park, California, I was presented with a spectacular view at sunset / moonrise. On this particular evening the sunset and moonrise happened at the same time, providing golden light on the foreground, a full moon visible over the Joshua Trees, and a phenomenon known as Earth's Shadow. Earth Shadow is the shadow that the Earth itself casts on the atmosphere. This shadow is often visible from the surface of the Earth as a dark band in the sky near the horizon.

Just before sunset, a low, flat, dark blue band rises up from the eastern horizon. This is the earth's shadow and it stretches for nearly 180 degrees. It is bounded above by the pinkish anti-twilight arch and below by the horizon. The earth's shadow is best seen when the sky is clear and the line of sight is long. From a high elevation, the shadow appears sharper than it does from ground level. The pink band just above the shadow is the Belt of Venus.